provides health and wellness services based  on a Paleolithic fitness model. You may ask what is Paleo fitness?

Paleo or primal fitness are often used interchangeably to describe  a fitness model based on ancestral movement, nutrition, and  lifestyle. The reason why it is considered as an optimal choice is that since the inception of the human genus, Homo, 2.5 million years ago we flourished as hunter gatherers. The human genome has remained relatively unchanged since that Paleolithic era. In our pursuit of modernisation, the last 300 generations have successfully managed to control and manipulate our natural world, which has altered our behaviours and lifestyle. With the modern lifestyle we have seen an increased prevalence of what are known as diseases of civilization such as, obesity, diabetes, cardiovascular disease, and coronary heart disease. The application of integrating Paleolithic fitness within the modern lifestyle is used to help regain optimal health and wellbeing. A modern Paleolithic lifestyle is an interpretation of how to integrate Paleolithic fitness within existing modern lifestyles. 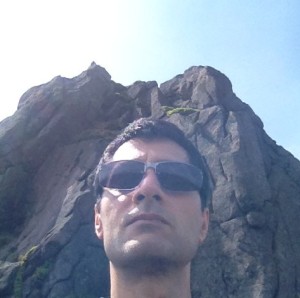 Founder of Evolution in Fitness

Jerry Dhillon used a Paleolithic lifestyle to counteract a decade of poor health and quality of life whilst working as an IT professional. He has Thalassemia, a genetic blood disorder, which resulted in a splenectomy and a cholesectomy. During this time he began to question traditional medical approaches and explored various holistic approaches to his diet, fitness and overall lifestyle. He successfully transformed his life, and now advocates a Paleolithic lifestyle, to positively affect his clients as a personal trainer. Being of service to others is the highest calling that I can offer. For me it is a passion and lifestyle choice.