This film is palatable viewing (pardon the pun). It is suitable for people of all ages as it entertains and informs at the same time. Think of it as Morgan Spurlock’s Super-Size me but this time with processed sugar in foods. I’ll share with you a few key take-aways that stood out for me.

How we came to believe fat was bad

The current imbalance due to sugar came about after 1955 when Eisenhower suffered a heart attack. This brought about studies into heart disease and there were two schools of thought:

You can read more about this in this Telegraph article.

Lustig discredits Ansel Key’s study in that it sought to make the link between dietary fat causing low-density lipoprotein (LDL) cholesterol, and then the link that LDL causes cardiovascular disease (CVD). However the link between CVD being a direct cause from dietary fat was incorrectly made, without taking all factors into account. The other factor was fructose. When Keys looked at the food sources containing fat, they had also contained fructose, and he failed to take that into account.

It is suggested that sugar is the cause of a number of metabolic diseases such as:

Furthermore, Lustig and the film suggest that fructose is a carbohydrate, and metabolises as fat. This implies that a low fat sugar diet is really a high fat diet. In its pure form it is toxic and imbalances the bodies hormonal homeostasis. Ingested over a chronic period it was demonstrated that it can lead to habituation if not addiction.

That’s how the low fat diet came about, which inadvertently advocated sugar. Due to the nature of making low fat options, sugar is generally used for taste and as a bulking agent. The food industry understands this and it is a low cost option which promotes their profit margins, and has the consumer buy more by luring them in with tasty alternatives.

Stories and Stats from the film

If food products with added sugar were removed from supermarket shelves (in Australia I’m assuming – likely to be similar for other western countries) then only 20% of the products would remain!

High fructose corn sugar is a cheap product and is just the same as sugar. There are many names for sugar so it is easily mistaken and unnoticed as being added to food. Robb Wolf (2010), one of the presenters from HEALTH Unplugged 2014 writes about this in his popular book.

The film highlighted a small community of 3000 people in Barbourville, Kentucky, which also features in the trailer. Pepsi has taken hold of the community which has high sales of it’s Mountain Dew beverage drink. A 1.25 litre bottle of Mountain Dew contains 37 tea spoons of sugar and has 40% more caffeine than a same sized bottle of coke. Children as young as 2 years old are drinking this straight from their bottles. It has resulted in people as young as 17 having dentures! Similar health implications have been historically evidenced in studies such as when Native Americans transitioned to western lifestyles, causing increases in dental caries, and mortality (Nesse & Williams, 1999). 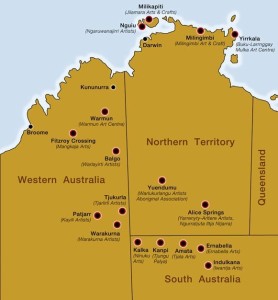 The small Australian community of 400 people called Amata is highlighted. It states that in the Northern Territory Coca Cola has the highest sales in the world per head. Amata falls into Southern Australia, but the point of the story is nevertheless poignant. Historically the indigenous Aborigines consumed the equivalent of two/three sweets per annum from their diet. In 2007 it is reported that the community ingested 40,000 litres of fizzy, sweetened drinks. It is an alcohol free community, so that it probably why it was chosen but the NT claims are sensationalizing the story somewhat.

This level of sugar consumption in sweetened drinks is claimed to be a direct cause of the high sickness and disease levels. In any case the community elders took charge. They managed to obtain government funding and hired a nutritionist to help them make informed decisions. So they banned sweetened beverages and the health of the community began to fall drastically. Unfortunately this was reversed later when the government funding cuts stopped paying for the nutritionist.

One of the interesting quotes was that society has changed in the last 200 years. Sugar was not as prevalent then. Now we need have an urge for it as a hormonal fix, and it was claimed that it induces a similar feeling to falling in love.

This proposes a difficulty in regulating our diets, and those of our children. Are we bad parents if we don’t buy treats, or allow them to have puddings and deserts? Even if we do attempt to protect our dependents, how easy is it to hold our resolve before being chastised by our family, peers and loved ones? It can seem harsh especially when the reward systems are so powerful. Not only will you feel like a killjoy, but the problem is also how much of it is hidden and omni present so it can be extremely difficult to avoid (Kessler, 2010). Just have a look on the next cereal packet next time you go shopping for food.

There is a resistance to cut down and the government bodies are un-willing to regulate as reported by the Guardian. The film attempted to make an analogy between the tobacco industry and the food industry with sugar in terms of downplaying the effects and presenting the result in a favourable manner. I believe this message warranted more attention. It could have called on more companies and lobbies like sugar association to account. Furthermore it could have presented government bodies with the evidence and called them to action. The film in my opinion could have been effective at this stage by being in your face type of documentary film making, like that adopted by Michael Moore.

Whilst sugar is a factor in the prevalence of diseases such as obesity, diabetes, and other metabolic disorders it is not the only contributing factor. As strong as a contributory factor as sugar is, it is a multi-factorial issue. What if you want to take action – what should you do? Start individually, raise your awareness, and that of society. You can learn more about how to eradicate this and lead a healthier balanced lifestyle at HEALTH Unplugged 2015. Last year we had Dr. Aseem Malhotra (cardiologist, and campaigner for Action on Sugar) talking about this very subject. This year we have Moore (as in Jimmy Moore) and plenty of other speakers who will help enlighten you!